The tradition of using the phrase “Hello, world!” as a test message was influenced by an example program in the seminal book The C Programming Language. The example program from that book prints “hello, world” (without capital letters or exclamation mark), and was inherited from a 1974 Bell Laboratories internal memorandum by Brian Kernighan.[3]

In addition to displaying “Hello, world!”, a “Hello, world!” program might include comments. A comment is a programmer-readable explanation or annotation in the source code of a computer program. They are added with the purpose of making the source code easier for humans to understand, and are generally ignored by compilers and interpreters. The syntax of comments in various programming languages varies considerably.[4] 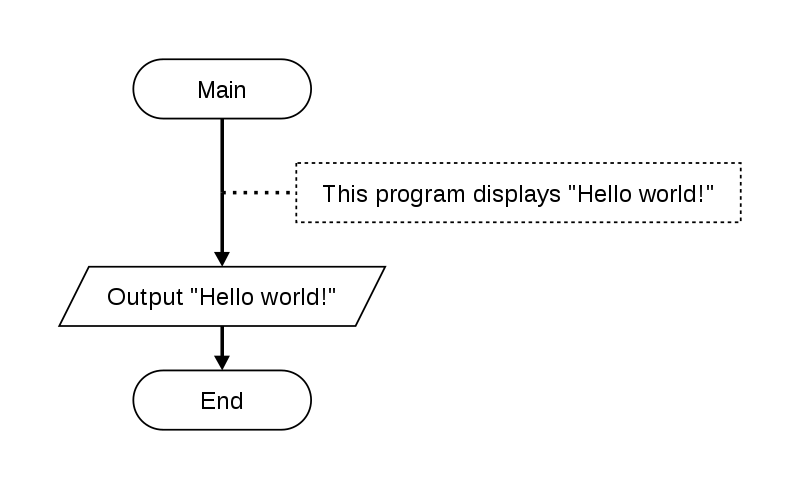 The following pages provide examples of “Hello, world!” programs in different programming languages. Each page includes an explanation of the code elements that comprise the program and links to IDEs you may use to test the program.

comment
A programmer-readable explanation or annotation in the source code of a computer program.

Programming Fundamentals by Dave Braunschweig is licensed under a Creative Commons Attribution-ShareAlike 4.0 International License, except where otherwise noted.